Lifting up Our Voices to Eliminate Poverty

It’s Anti Poverty Week so I’ve been thinking about how we can take action. This is my reflection for Restless Press. 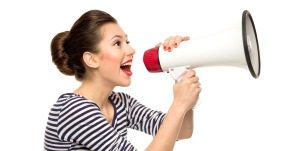 It expands on the following article that I wrote for CatholicCare Sydney.

Lifting up our Voices for the Elimination of Poverty

Some of Millennium Development Goals, which aim at halving extreme poverty by 2015, have already been achieved. Others will not be achieved by 2015. The United Nations is working on the post-2015 agenda now. Faith organisation representatives in an initiative called The World We Want, which seeks to influence this agenda, say:

CatholicCare may not be addressing the most extreme poverty in the world, but we too need to lift up the voices of those whom we accompany and who most need a strong set of policies promoting social inclusion and the economic, social and emotional wellbeing of all members of our community. To be an instrument of God’s liberating presence in our world, we must lift up our voice in support of the lost the last the little and the least.

Anti Poverty Week is not just about eliminating poverty – it is also about promoting a positive vision of the world we want. Christians call the world we want the Kingdom or Reign of God. It is a vision of just and peaceful relationships between people, between different groups of people, and with God and with the whole of creation. What would the world you want look like? At www.worldwewant2015.org you can vote on priorities and even make a little video to share your vision with others. You can view mine at https://vote.myworld2015.org/sandie.cornish

How will you lift up your voice for the world we want, a world without poverty?